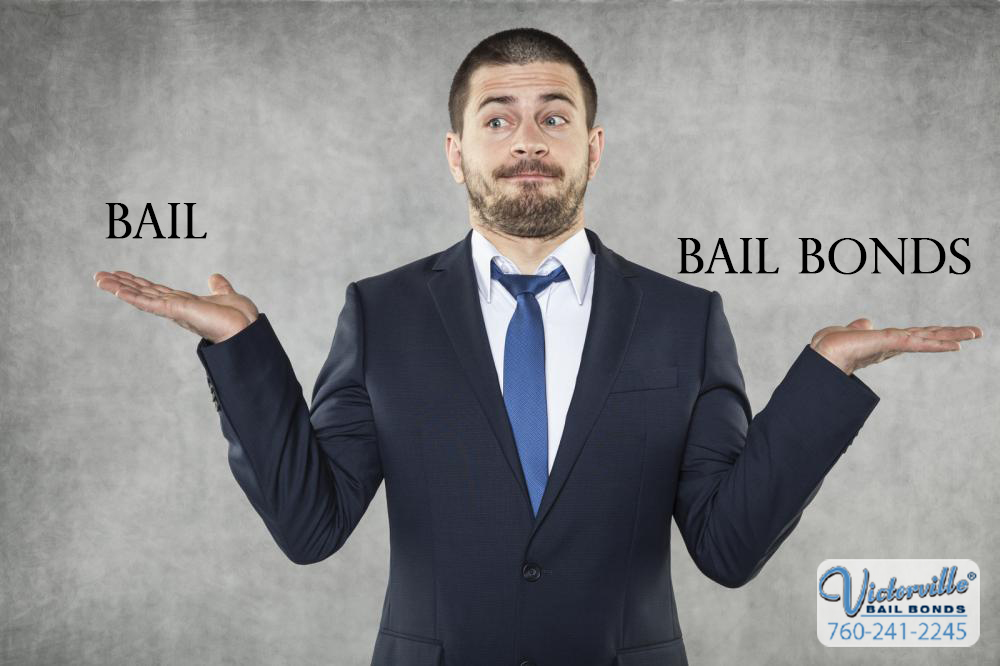 When it comes to the arrest of a friend or family member, there are a lot of things that people don’t know. Naturally, when people try to bail someone out of jail, they have a lot of questions. Here at Victorville Bail Bonds in Phelan , our bail agents answer all sorts of questions every single day.

One of the most common question that we get is about the differences between bail and bail bonds. Even though bail bonds has bail in it, it is not the same thing as bail. There is a slight, but distinct difference between the two terms. At the most basic level, bail is the amount of money that is owed to the jail or court to secure a person’s release from jail. A bail bond is what a person gets from a bail agent in order for the agent to post the bail for them.

Bail amounts are determined by the case judge and are typically based off the crime the person was arrested for. Bail in California is usually several thousands of dollars. The full bail has to be paid, in cash, in order for the person to be released. At the end of the trial period, if the person went to all of their court dates, they get their bail money back minus some court fees.

The prices of bail bonds are based off the amount of the bail that they are for. At Victorville Bail Bonds in Phelan , our bonds only cost 10% of the bail. Only a partial down payment is needed to get someone out of jail. The rest can be paid off with a payment plan. Unlike bail, money for a bail bond is not returned at the end of the trial. The money is payment for the bail agent’s service of posting the bail for their client.

At Victorville Bail Bonds in Phelan , we are aware that people have a lot of questions about the bail process. This is why our bail agents are available 24 hours a day, 7 days a week for free consultations. If you have questions, our agents will happily answer them. On top of that, we provide the following services for our clients: