Dealing with Bullying and the New School Year 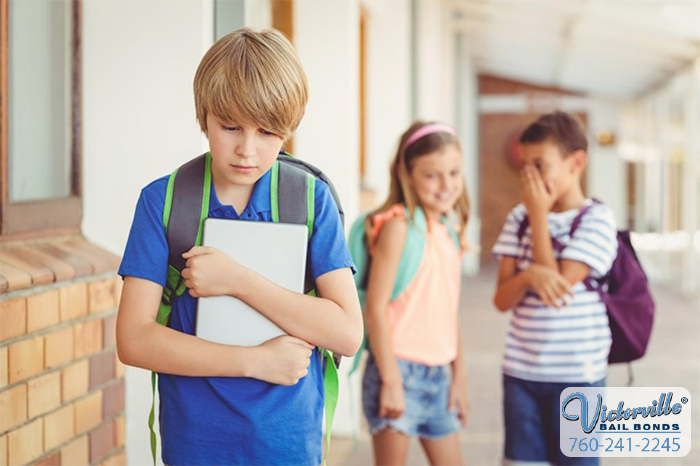 12 Aug Dealing with Bullying and the New School Year

The start of a new school comes with all sorts of new challenges for students. Most of them are academic in nature, but a few come from the other students. Often times this comes in the form of trying to get situated in the new status quo of the year and making new friends. Unfortunately, this can also manifest as bullying.

Bullying has been around for as long as people have been around. Kids especially are good at noticing differences amongst people and poking and prodding at those differences relentlessly. This can lead to a lot of hurt feelings and worse. That is why it is so important for parents to talk to their kids about bullying. They need to teach their children that it is not okay to bully another person, and that they should talk to them if they ever experience bullying of any sort.

In today’s modern world, bullying can come in all kinds of forms. It can be in person or electronically through texts, emails, and social media. While technology is great, it has inadvertently given bullies access to their victims 24/7, which is just another reason why parents need to be on top of teaching their children about bullying.

However, before anyone can talk about bullying they need to understand it. Bullying is considered to be unwanted aggressive behavior, observed or perceived power imbalances, and repetition of behaviors. These kinds of behaviors can a few different ways. Bullying can be physical, verbal, relational, and damage to property. These can either be done directly or indirectly.

Basically, any behavior that is aimed at hurting a person, physically or emotionally, can be considered bullying, especially if the behavior is repeated.

Somewhere between 1 in 4, to 1 in 3 US students say that they have been bullied. Fewer have umbers have experienced cyber bullying. According to stopbullying.gov, most bullying occurs in middle schools.

How to Prevent Bullying?

The best way to stop bullying involves a lot of group effort. Adults at the schools and parents all need to get together and work with one another to prevent bullying. Everyone from bus drivers to the principal needs to work to send the message to all students that it is not okay to make fun of and harass other student.

Adults have to learn to recognize bullying from a distance. Even the simple act of stepping in and stopping bullying when it is occurring can make a huge difference for every student involved. It sends a strong message.

The best thing adults can do to help prevent bullying, is to keep lines for communication open between them and kids. Far too often, kids feel like they cannot talk to anyone about their bullying problem. Adults should encourage kids to do what they love, to respect one another, and help others when they need it. This helps build a caring and respectful community that can grow and spread.

Things like zero tolerance policies and expulsion have been found to be very ineffective means for dealing with bullying.

Adults Have to Work Hard

Bullying is a very big deal, especially for kids. Just ask any adult who as bullied as a child and they will tell you just how miserable that can be. It is up to adults to talk to children and teach them that bullying is not okay. They also need to make sure that they create a safe and welcoming environment for kids to come talk to them about their problems in the first place.

As long as parents, teachers, and other school administrators all put in the effort and work, bullying can be reduced and even eradicated in a school. It won’t be easy, but it is definitely possible, and the benefits of doing so are worth it. Just think how happy kids could be when they don’t have to worry about getting bullied.