Graffiti Or Street Art? If You Get In Trouble For It, Call Victorville Bail Bonds

19 Jun Graffiti Or Street Art? If You Get In Trouble For It, Call Victorville Bail Bonds 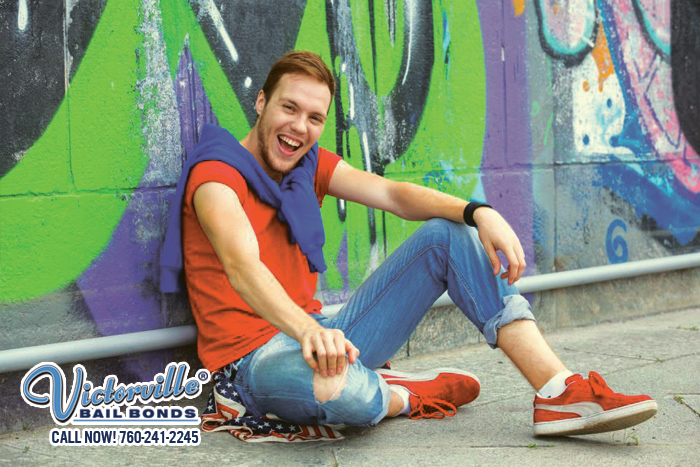 You might see it as art, but others will see it as destruction of property. We’re talking about graffiti (and other vandalism) and the debate of this has certainly gained attention in recent years. Whether you’re a notable street artist or just someone who has nothing better to do than deface someone’s property, you should be aware of the following.

Graffiti falls under the “vandalism” category, destroying or damaging property that does not belong to you. Charges for vandalism can get pretty serious, depending on the value of the damaged or destroyed property. For anything worth $400 or more, the vandal faces jail time of 1-3 years and/or a fine of up to $10,000! Remember, it also can still get worse if the damage is astronomical. This is vandalism as a felony. Vandalism as a misdemeanor would be damage less than $400, and consequences include a $1,000 fine and possibly 1 year in county jail.

For those who get caught and thrown in jail, you do have the right to post bail (if necessary), which will be set by the judge. At this time, you can choose to either post bail in cash or contact Victorville Bail Bonds and let us use a bail bond to secure your release.