Is It Too Hot for Your Dog? 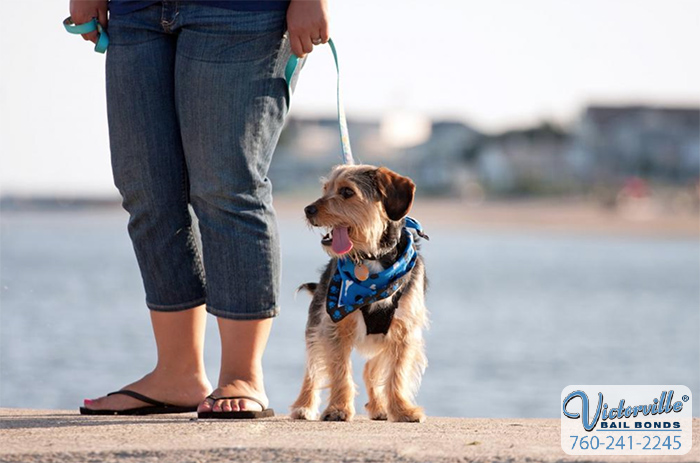 As the weather warms up, people begin to venture outside more and more. At least until it becomes too hot, then people tend to hide out indoors. Everyone likes warm weather because it allows them to go outside. However, if things warms up too much, people would rather avoid the heat.

Still, some people don’t mind the heat, and will continue with their outdoor activities regardless of the temperatures. Some of these people will even take their dogs with them. After all, dogs love to go on adventures too, especially if their human is involved. However, taking a dog out for a walk, or even a game of fetch, in this heat can be dangerous for the furry creature.

How Do Dogs Cool Off?

It is obvious to see that dogs and humans are not the same. We are two very different creatures. This becomes especially evident when it comes to how dogs cool off. Dogs mainly cool themselves off through panting. So when a dog warms up, it tends to pant in order to help cool itself off. They also have increased blood flow near the surface of their ears and face, which allows the body heat to be absorbed by outside air.

When it comes to what is too warm for a dog, just consider all of the fur on the pooch. The furrier a dog, the warmer they will get. This means that fluffy dogs don’t really appreciate high temperatures. This is where owners can inadvertently get their dog into trouble by taking it on walks during the day.

If the temperature is too hot for a person, it is safe to assume it is too hot for the dog as well. Dogs are just as susceptible to heatstroke as humans, if not more so due to all of their fur. A dog can succumb to heat stroke in just 15 minutes, which does not leave much time for any sort of emergency personnel to provide aid. This means that the best way to save a dog from heatstroke is to prevent it from ever getting heatstroke in the first place.

Caring for Dogs in Hot Weather

Malibu Search and Rescue has needed to rescue three dogs in the last two months. Unfortunately, one dog succumbed to heat stroke before rescuers could even arrive on the trail where the dog and its owner were hiking. This is a solemn reminder to all pet owners to know their dog’s limits and know the warning signs.

One of the biggest warning signs of heatstroke in a dog is rapid, shallow breathing.

In order to avoid heatstroke, dog owners should limit walks to early mornings and late evenings when temperatures are more bearable. When on walks, owners should bring plenty of water and ensure their pup stays hydrated. It is also a good idea to check how warm the ground is. If the ground is too warm to keep the back of your hand on, then it is too hot for a dog’s paws.

Take Care of the Pup

Going on a hike may be fun, and even more so with a furry companion, but as summer bears down on California, it may be best to leave the pooch behind. At the very least, a dog owner could schedule their hikes to be at cooler times. Everyone would appreciate that.

If a person ever is out walking, or hiking, with their dog, and they suspect that their dog may be suffering from heatstroke, they should call emergency services. Help will get their as quickly as possible to administer aid, regardless of the fact that the victim is a dog. It is also important to note that unless abuse is determine to be intentional, owners are not charged with animal abuse.

Do you have a cute story of your family pooch? If so, share it in the comments down below to let everyone enjoy.