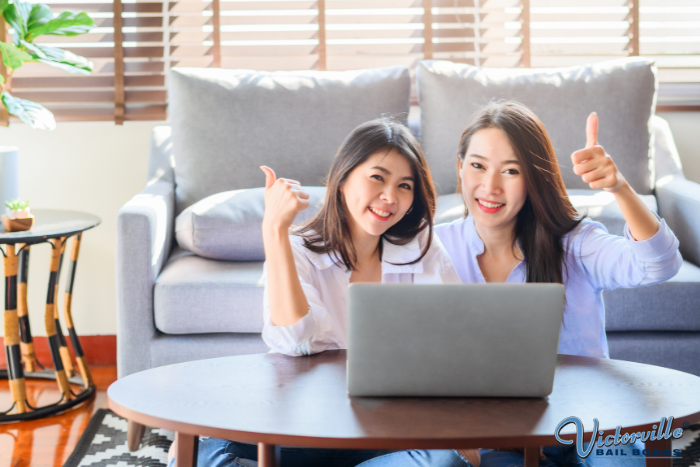 You’ve gotten a call from a loved one. They’re in jail and they need bail money. They really need your help. You already know that you don’t have enough money to cover the entire amount of the bail on your own. That’s okay. Victorville Bail Bonds in Hesperia has you covered. In exchange for a 10% fee, we’ll post a bail bond for your loved one. That solves the financial end of things.

The next problem is that you really don’t want to drive all the way to Victorville Bail Bonds in Hesperia and fill out the paperwork. As much as we’d like to meet you face to face, we understand your concern. Not only is the gas required to drive from your home to our office expensive, but we also know it’s perfectly natural to be worried that someone might see you walk into our office.

You’ll be pleased to know that we’ve come up with a great solution. It’s online bail bond approval. That’s right, we’ve set things up so that you can handle everything from the comfort of your own home. No need to fight traffic. No need to dig deep into your fuel budget for an unexpected outing. No chance any of your friends will see you at a bail bonds agency and wonder what kind of secret life you’re leading.

The first step is the online consultation. Clicking the chat now link will immediately connect you with a seasoned bail bonds expert. In addition to answering every single one of your bail bond-related questions, the expert will also explain what is expected of your and your loved one, what documentation is needed, and how you can use the internet to send the information to Victorville Bail Bonds in Hesperia. You won’t believe how easy the process is!

Not only do we offer easy online bail bond approval, but we also provide you with outstanding customer support. Our ability to easily and kindly communicate with our clients is one of the reasons we’ve been one of California’s most successful bail bonds agencies for over twenty years. We answer questions, offer great payment programs, and will always treat you with kindness and respect.

There are several reasons why you should consider Victorville Bail Bonds in Hesperia, including: 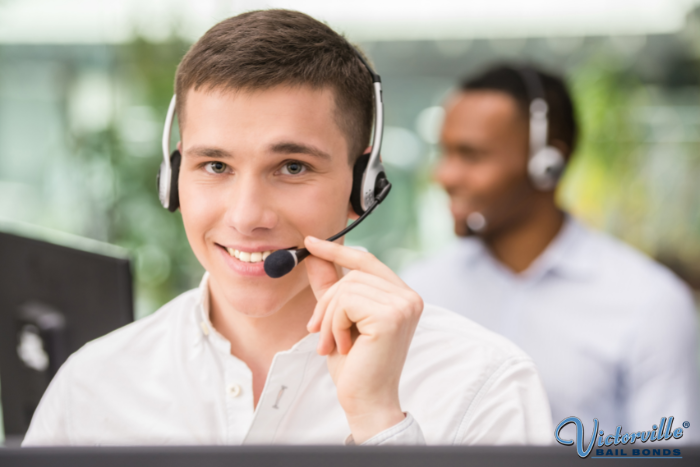 Why You Want to Take Advantage of a Bail Bond

After you’ve been arrested, you have to decide if you want to post bail or remain in jail until the conclusion of your case. If you’re on the fence about what you should do, here are some things to consider that may help you make up your mind.

At first, jail might seem like an affordable option. You don’t have to worry about shelter, your clothes are provided, and you don’t have to worry about the cost of groceries. The truth is that staying in jail is quite expensive. Unless you decide to quickly plead guilty to the charges, it could take months before your case is resolved. During that time, your bills are going to continue piling up and you won’t have any way to pay them. It’s possible that when you finally are released from jail, you’ll have lost many of your assets and be drowning in debt.

One of the problems with jail is that there is zero privacy. Everyone is always listening to every single word you say. That means a single careless comment could actually hurt your case. There have even been situations where a person has accidentally said something in jail that resulted in additional charges being brought against them.

The sooner you get a bail bond and are released, the smaller the odds become that you’ll say something that is held against you.

The judicial system moves incredibly slowly. Months could pass before your case is resolved. The odds aren’t good that your employer will be willing to hold your job for that period of time. If you don’t post bail, you’ll likely be let go. It’s possible that you won’t have an easy time finding a new job once you’re released.

Getting out on bail shortly after you’ve been arrested is the best way to hold your job while you wait for your case to wind its way through the court system. The main reason people decide to stay in jail rather than take advantage of bail is that they simply can’t afford to post the entire amount. <strong>Victorville Bail Bonds in Hesperia</strong> are the best solution. We only charge 10% of the set bond amount and are even willing to create a payment plan that works for you.