Texting And Driving In California – What Can And Can’t I Do?

26 Aug Texting And Driving In California – What Can And Can’t I Do? 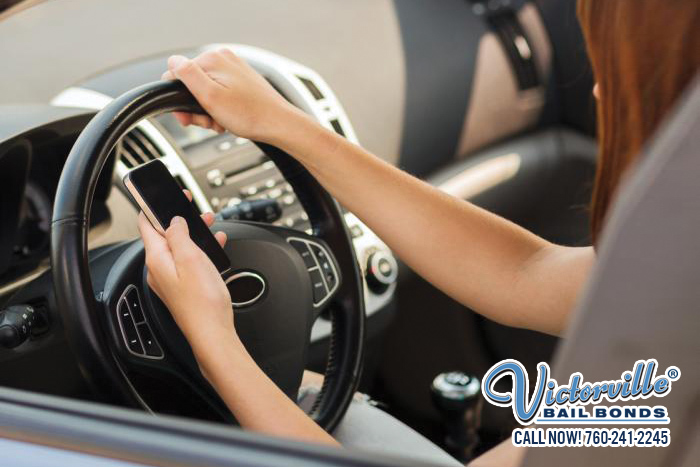 By now, you know that texting and driving is a no-no in California. That’s how we generally understand this law – texting and driving. But this law actually extends beyond text messaging. Here is what else you cannot do, and what you can do, on your phone while you are driving.

While driving, you may not

Beware, Californians. The police are watching and can fine you if you are caught violating these. California’s texting laws have changed frequently in the past years (and could very well continue to adapt) so it’s best you keep up-to-date on what you can and cannot do with your phone while driving.

If you’re really concerned, it’s best to keep both hands off your phone and on your steering wheel during your entire drive. Get a hands-free device to make things easier for you, and safer.

If for some reason your traffic stop becomes an arrest, Victorville Bail Bonds will get you out of jail with an affordable bail bond.

You can get more information about our services at Victorville Bail Bonds by calling us at 760-241-2245.