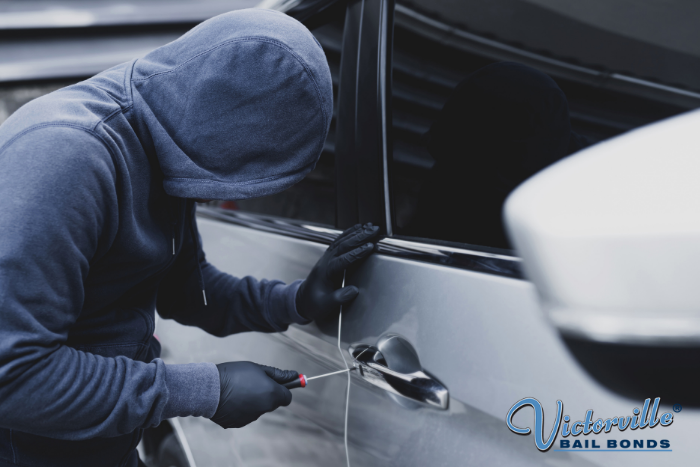 If you’re caught, you’ll be charged with one of the following offenses:

It won’t take long for the police to discover that you’ve previously been convicted of auto theft. Once they learn of this earlier conviction, they’ll attach a sentencing enhancement to your charge. In this case, the sentence enhancement is Cal PC 666.5 which is better known as the auto theft with a prior enhancement.

Don’t assume that just because the sentence for the previous auto theft charge didn’t include any actual jail time that you don’t have to worry about the auto theft with a prior enhancement. You do. The severity of the sentence you received before doesn’t matter, the only thing that matters to the court, in this case, is that you now have a history of auto theft.

It’s also highly likely that you’ll be required to pay restitution if the vehicle you stole was damaged while you were in possession of it.

If you already have a charge of some type of auto theft on your record, it’s in your best interest to avoid anything that potentially puts you in contact with a stolen car. Don’t even get into a car you don’t own unless you have irrefutable permission from the owner.

If you think a friend is driving a stolen car, quickly remove yourself from the situation.