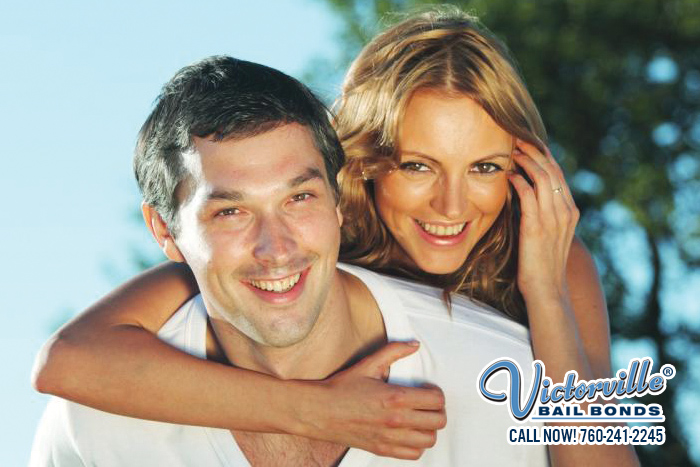 Getting arrested can be a terrifying experience and you can feel all alone. Do not make someone you care about feel that way, get him or her bailed out of jail quickly with help from Victorville Bail Bonds. No one likes to feel abandoned and no one likes to go to jail, help your friend avoid both by bailing him or her out of jail today.

When you use Victorville Bail Bonds to bail someone you care about out of jail, they can be released quickly. In some cases, mostly dependent on the county the person was arrested in, we can have your friend out in as little as two hours. At Victorville Bail Bonds we make bail quick and easy for all of our clients.

As soon as you call, our bail agents begin the process of bailing your friend out of jail. Simply give our bail agent the name of your loved one, his or her birthday, and the county he or she was arrested in. We will find your friend’s information and tell you how much the bail is if you did not already know.

Get the bail process started now by talking to one of the Victorville Bail Bonds skilled bail agents at 760-241-2245.

Once we have all the required information, we need someone who is willing to sign for your friend. A co-signer is someone who will be responsible for paying for the bail and insuring that your friend goes to all his or her court dates. Once we have a co-signer, all we need is the initial payment and we can have your friend released from jail.

At Victorville Bail Bonds most of the bail process can be completed over the phone. We can get the bail set up and ready to go so that when you meet with one bail agent to sign, another can be at the jail ready to bail out your friend. This way the bail process is quick and easy for you and the one you care about.